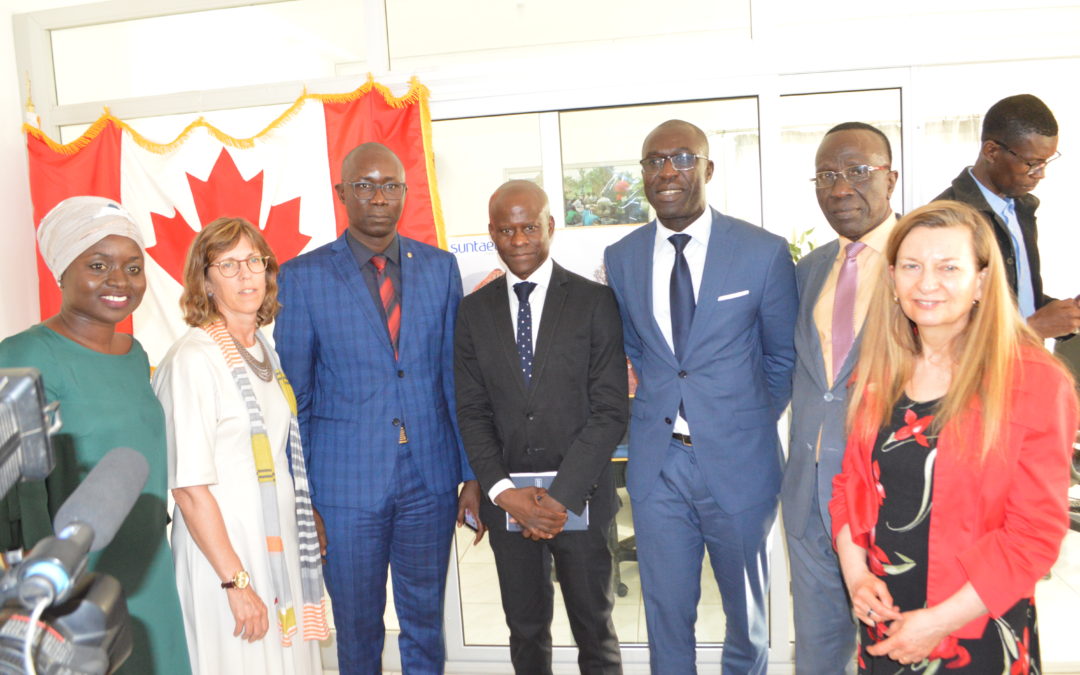 The inauguration of Suntaeg Energy Senegal took place Tuesday, April 17, 2018 in its offices of the Almadies in Dakar, under the aegis of Her Excellency Mrs. Lise Filiatrault, Ambassador of Canada and in the presence of MM. Younes Mihoubi, Director of the Quebec Office in Dakar, Moussa Sow, Coordinator of the PUMA (Emergency Program for the Modernization of Axes and Frontier Territories), Moustapha Fall, Minister Counselor and Chairman of the Board of HLM, Pope Seydou Dianko Member of Parliament Mayor of Toubacouta, Moustapha Guèye, Mayor of Sokone, as well as representatives of private sector partners such as Banque Atlantique du Sénégal (BASN) and Crédit Mutuel du Senegal (CMS).